The path to the current phase of Samara

It took us a while in Samara, to define the work that needed to be done and where to start, in order to create a DHO. Some of the initial steps that proved to be helpful on the way: 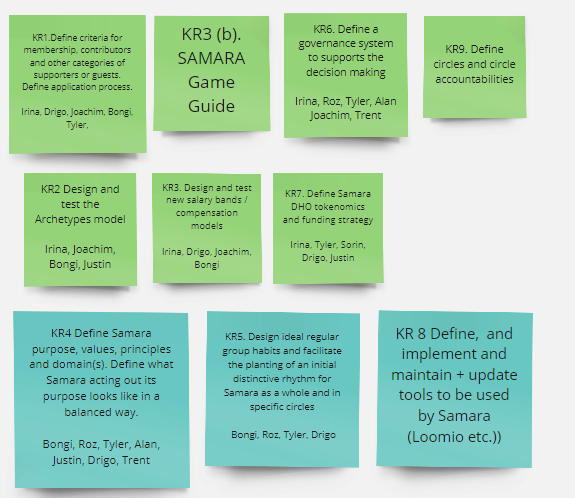 At a later stage we further evolved a new KRs map: 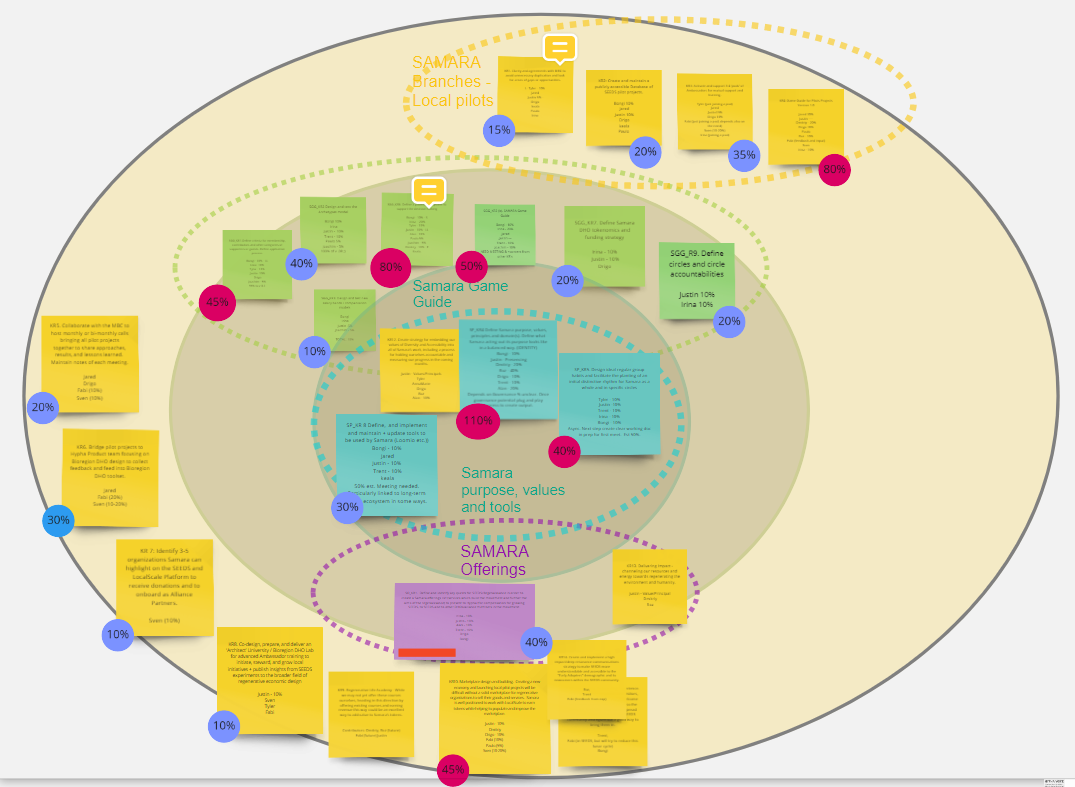 As the work on each area advanced, it become clear that there were a lot of connections between KRs and that some separate conversations needed to be woven together. 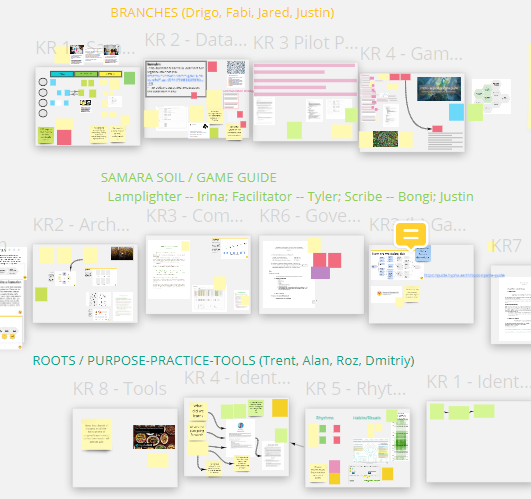 The Primary Pods of roughly 4 contributors seemed to be a good structure for being able to coordinate between members, schedule calls, and do asynchronous work while maintaining connection to the collective intelligence.

Samara will further asses if and how the Primary Pods can serve it on its future path and how the structure will evolve to other working teams and more permanent circles in the future.

Previous
Samara's Governance
Next
Preparing the Beds and Sowing the Seeds