The Roots, Trunk and Branches of Samara

The image that became our first placeholder logo was never intended to be a logo at all. It was just a Powerpoint doodle that Roz did one day after a Presencing Case Clinic with some non-Samarans, in which one of the clinic participants had channeled and drawn a similar image in response to Roz's question about the future of Samara: a tree with deep roots and a heart, representing love, at the point where branches and roots meet. Roz added in the yin/yang element, to emphasise the need for yin/yang harmonisation in the world at large, and for incorporating this harmony into all aspects of Samara's work. 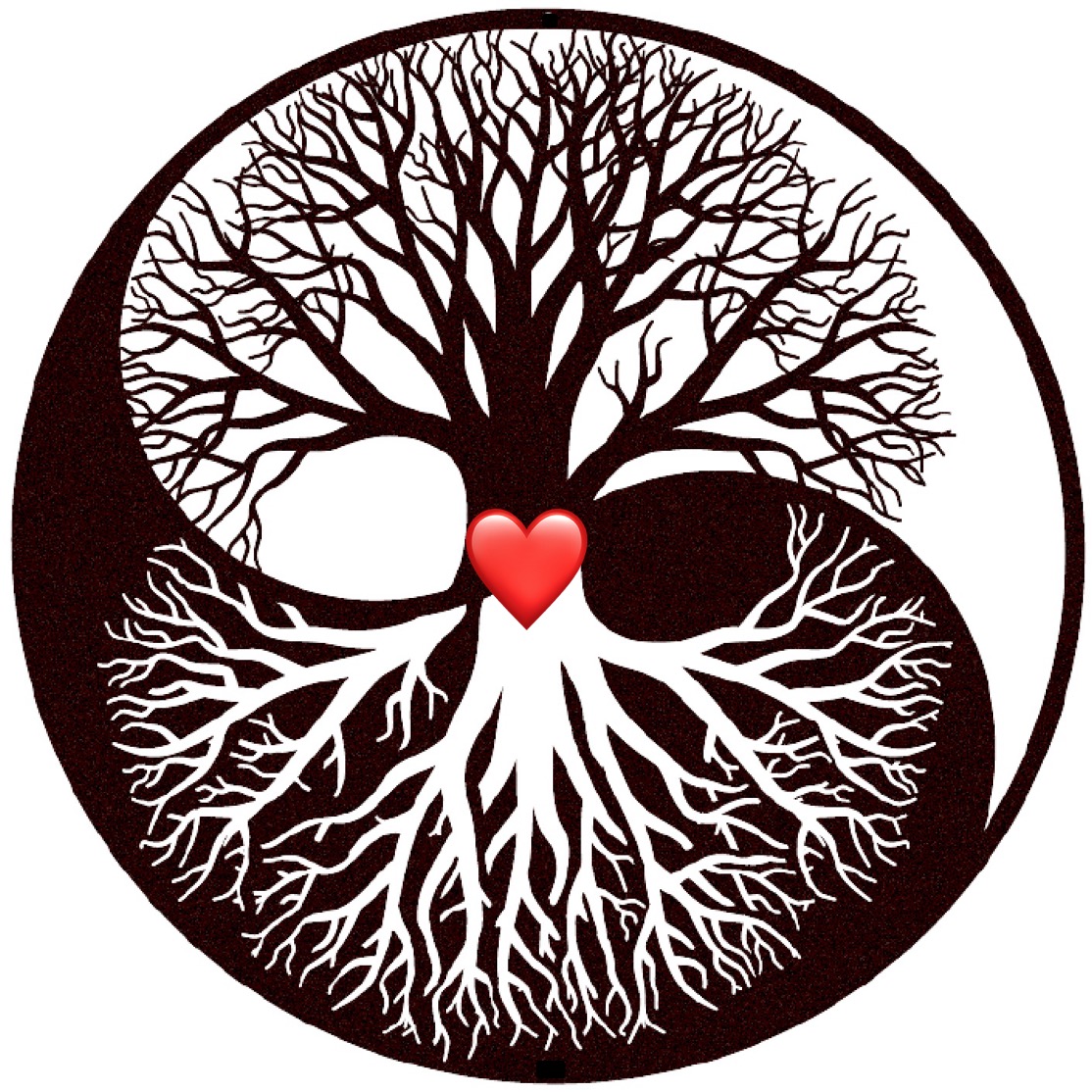 Irina was the first to hold the space for the Roots, and Drigo for the Branches.

A little later, in recognition of the need for Roots and Branches to maintain a strong connection, The Trunk Call was initiated. It's a slightly obscure joke: in the first half of the 20th century, trunk calls were long-distance calls made within the same country, and used to have to be booked in advance. [1]

The symbolism and the biomimetic parallels are important. The ability of a tree to grow tall, strong, and solid depends on the firmness and integrity of its root system. According to Merlin Sheldrake's book, Entangled Life, the roots are in many ways the "brains" of the tree that govern the exchange of nutrients with the tree's neighbours and its environment. The role of Samara's Roots is to ensure the nourishment of the organism, bringing in the resources that allow Samara to thrive. The deeper and stronger the roots, the further the branches can reach.

Likewise, the role of the branches is to bask in the sunlight, allowing the leaves to angle this way and that in order to maximise photosynthesis, generating chemical energy from light energy, thus also contributing to the health and nourishment of the organism. The branches live in the yang realm of the light, above ground, harmonising with the yin, dark, underground world of the roots. The action of each nourishes the other.

Above all, trees that live as nature intended are not isolated organisms. Their lives are deeply interconnected, and literally interwoven, with the other trees in the forest, as well as with its other flora and fauna. Likewise, Samara does not exist in isolation. She finds her being in the context of our complex reality. As well as her identity in relation to Gaia, she also touches on all aspects of human living and being - the political, economic, social, technological, legal, and ecological dimensions of our existence.

Samara is born out of Nature, and we constantly look to Nature for our inspiration as we explore uncover and discover more and more aspects of her being.

Revisions
Export
Back to top